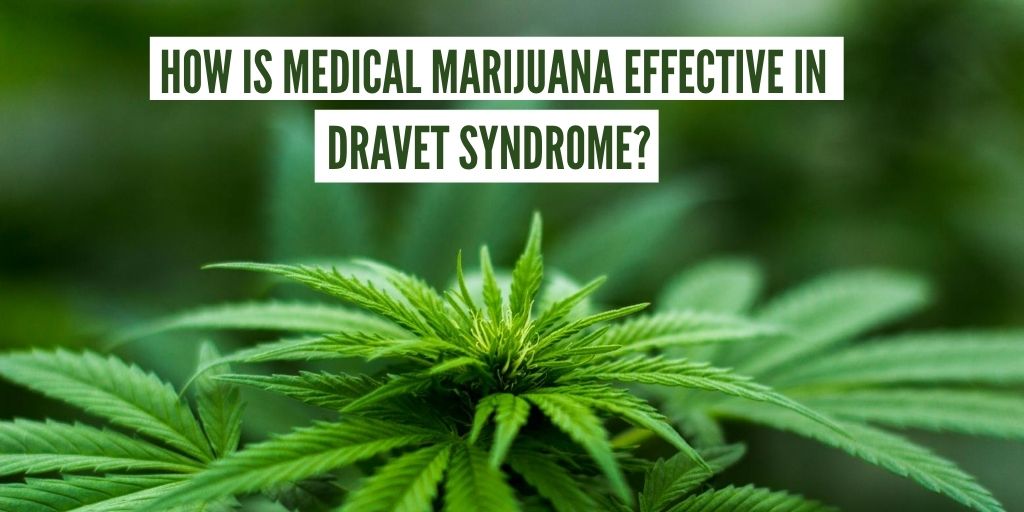 How is Medical Marijuana Effective in Dravet Syndrome?

Many studies and anecdotes prove the efficacy of cannabis in treating various medical illnesses. With liberal cannabis laws in most of the states, many people are using cannabis as alternative medicine.

You can apply for a medical marijuana card to manage commonly occurring medical illnesses like insomnia, chronic pain, and anxiety.

Medical marijuana has also proven to be useful in critical child illnesses like Dravet Syndrome and Lennox-Gastaut Syndrome, which causes epileptic seizures in infants. Its anticonvulsant effects help to normalize the neurodevelopmental delays caused by seizures in the patients. Charlotte Figi’s case, which inspired the global CBD movement, highlighted the potential of CBD in reducing the seizures related to Dravet Syndrome.

Epidolex, is an effective medicine in reducing the seizures related to Dravet Syndrome. It is the 1st and only FDA approved drug(2018) containing CBD as an active ingredient.

What is Dravet Syndrome?

Dravet Syndrome is a rare kind of epilepsy that occurs in infants. It is recognized by prolonged seizures, which starts affecting the patients from their first year of life.

These seizures could last longer than 5minutes and could be as up to 30 minutes in severe cases. High body temperatures, sleep disturbances, developmental delays, and warm baths, could trigger these seizures. One in 15000 to 40000 people is affected by Dravet Syndrome worldwide.

Dravet Syndrome is associated with the sodium ion channel in our brain. Almost 80 percent of Dravet syndrome cases are due to the alterations of the SCN1A gene (sodium voltage-gated channel alpha subunit 1). SCNA1 gene is responsible for the production of sodium ions in our body.

These channels present in our brain regulates the moment of sodium ions into our brain cells. The improper functioning SCN1A gene could hamper the communication of neurotransmission within our brain, which are responsible for various functions like learning, memory, and processing.

The patient experiences his/her first seizures by the age of 18months. In the primary stages, seizures could prolong even up to 30 minutes and are either of hemiclonic or tonic-clonic in nature. Hemiclonic seizures may involve rhythmic jerking of different sides of the body, whereas, in tonic seizures, one may lose consciousness or could excrete foam coming from the mouth.

Warm baths and fever commonly trigger these seizures, though exertion or natural rise in temperature could also be the reason.

Typically by the age of two years, monoclinic seizures are observed in patients. These are short-acting. A group of muscles undergoes shock-like jerks during these seizures, and the patient is usually conscious of his surroundings. Lack of sleep and stress could trigger these seizures, and for some people, flickering lights could also be the reason.

Many therapies tend to reduce the occurrences of seizures though there is yet no cure of Dravet syndrome.

Valproic acid and Clobazam are used as the first line anti-seizure medical treatment.

Since 2018, Epidiolex plays an important role in reducing seizures associated with Dravet syndrome in patients aged two years and above.

Epidiolex contains cannabidiol (CBD) as an active ingredient, which is a primary cannabinoid of the cannabis plant. The anticonvulsant effects of CBD help in controlling seizures related to Dravet Syndrome.

Charlotte Figi’s experience brought prominence to the Medical marijuana moment and helped in recognizing the anticonvulsant potential of CBD in Dravet Syndrome.

She had her first seizure when she was three months old. By the age of 5 (2012), she was having around 300 seizures a week. She had difficulty speaking and was going through neurodevelopment delays. Due to the drug-resistant nature of seizures in Dravet Syndrome, her mother looked for CBD oil and started using it for her treatment. A high CBD and low THC cannabis strain, Hippie’s Disappointment(later Charlotte’s Web), was used in its preparation. It showed a significant reduction in her epileptic seizures, which were down to 2 or 3 a month.

This significant improvement in Charlotte’s condition led to her global recognition in the medical marijuana movement, and her story played a role in the enactment of Mariuana Lawa in the US.

A study involving 120 children and adults undergoing Dravet syndrome, showed a notable reduction of seizures from 12.4 to 5.9(median frequency) when treated with oral CBD solution over 14 weeks period.

Epidiolex(CBD) is now available as prescription medicine from medical stores. Its an FDA approved drug which is effective in reducing seizures related to Dravet Syndrome and Lennox-Gastaut Syndrome, two forms of epilepsy found in children.

In light of the COVID pandemic, we advise all our patients to see a doctor online instead of visiting the clinic. Help us flatten the curve by opting for an online 420 evaluation.

You will receive your medical card in PDF format in 10 minutes by email. An embossed hard copy is sent by mail.

Rather apply by phone?

"I got my recommendation from here. The process is quite easy and took me just a few minutes. The medical health professional is amazing. He not just evaluated my condition but even suggested me strains that could be beneficial for my condition. "